Welcome from our Principals

Benefits of an Online Education

Why I Joined CGA by Mark Vella

Mark Vella (MA, 1st Class Honours, University of Auckland; Diploma of Teaching, Auckland College of Education) was recently appointed to the position of Director of Studies at CGA, based at Aoraki Campus in Auckland, New Zealand, after living and working in Vietnam for five years where he was Head of Secondary at Australian International School in Ho Chi Minh City.

Prior to that he was a member of the executive staff at Auckland Grammar School for over 15 years, serving first as Deputy Headmaster/Director of Studies and, in his final three years, as Associate Headmaster.

Here he talks about his journey in education and why he joined CGA. 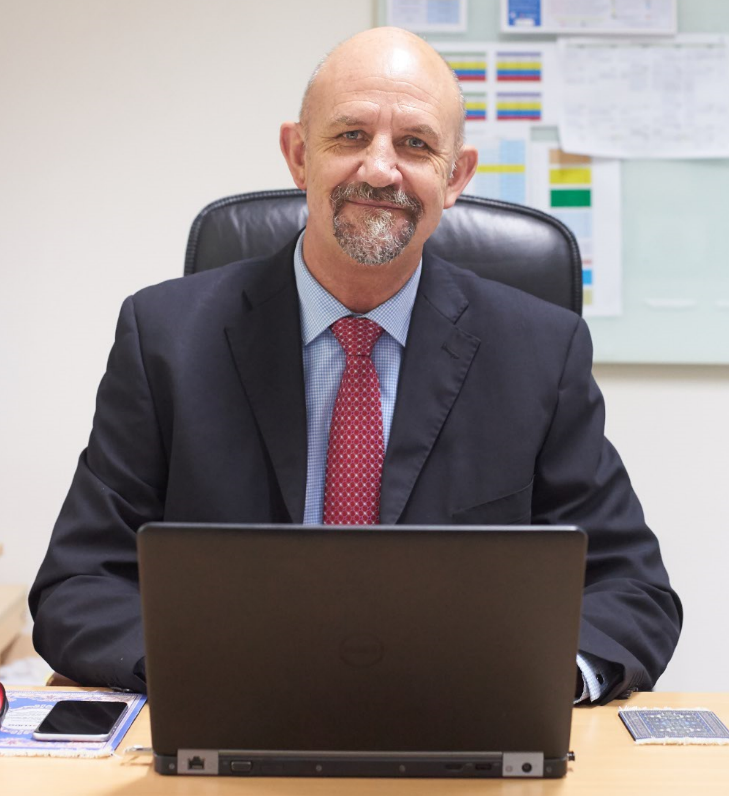 What is your educational and career background?

I actually started my career as an educator while I was still at university when, mid-way through my Master’s degree, I was offered a position as Assistant Lecturer in the History department at the University of Auckland. I was already committed to becoming a secondary school teacher, and was on a teaching studentship from the Auckland college of Education at the time, but the experience of conducting small-group tutorials and marking undergraduate essays and examinations confirmed for me that teaching was my vocation.

My teaching career falls into two phases; the first decade or so as a history teacher, pastoral leader and head of department and, for the last 20-plus years, as a member of the executive staff of schools in NZ and overseas.

Are there any areas of education you are particularly focused on?

A major thread running through my career has been a focus on curriculum and assessment. At various times I have served as an examiner and/or marker for NZQA and Cambridge International Assessment; a member of the History Subject Expert Panel that developed the NCEA History Achievement Standards; guest lecturer at the Auckland College of Education and Auckland Historical Association events; Chairman of the ACSNZ Academic Committee; and both the NZQA Principal’s Nominee and Cambridge Examinations’ Officer.

Perhaps the most challenging and fulfilling project that I have been involved in was implementing international GCSEs and A Levels at Auckland Grammar School, effectively introducing them to New Zealand in the process. These qualifications are now a well-established feature of the NZ educational landscape and, of course, form the basis of the CGA high school curriculum.

How did you get into international education?

In 2016, I decided to make a belated foray into international education and was appointed as Head of Secondary at Australian International School in Ho Chi Minh City, Vietnam. My family and I enjoyed the lifestyle on offer in one of South-East Asia’s most dynamic and rapidly-developing cities, and the opportunity to travel extensively through Vietnam, South-East Asia and further afield. Working in an IB school and being heavily involved in university counselling provided exciting opportunities for my own professional growth. However, as for so many people around the world, the Covid pandemic proved a game-changer, and after five fabulous years in Vietnam, we returned to NZ in July (and spent only 18 days out of MIQ before Auckland entered into a new lockdown phase which is now in its eighth week at the time of writing).

Throughout my career I have been both lucky and privileged to have worked under highly-regarded academic leaders who acted as professional mentors: Associate Professors Jim Holt and Russell Stone at Auckland University; John Graham and John Morris at Auckland Grammar School, and Dr. Roderick Crouch at Australian International School, Saigon. I have attempted to ‘pay it forward’ by acting as a mentor to both teachers and students, supporting them in their personal and professional development to help them reach their full potential.

How did you learn about Crimson Global Academy?

I was aware of Crimson Education, CGA’s parent company, quite early on. In 2015, at the invitation of Heather McCrae, Principal of Diocesan School for Girls in Auckland, I joined with her in a meeting with Jamie Beaton to find out more about, what was then, his relatively new start-up. This led to Crimson academic advisers, including Jamie himself, giving seminars to Grammar senior students about what was needed to gain admission to top US and UK universities.

When CGA was established I was still living and working in Vietnam. I first learnt of its existence when CGA Executive Principal John Morris contacted me to gauge my interest in joining the school as a foundation staff member. While definitely interested, the timing wasn’t right. As a family we were still enjoying the many benefits of the expat lifestyle.

Why did you join CGA?

So, when John Morris, somewhat out of the blue, reached out to me and offered me the position of inaugural Director of Studies at CGA it felt like the stars had aligned. Here was an international school that, because it delivers education online, was not only unaffected by border or school closures, but was thriving and expanding. What is more, it offers the international qualifications that have been at the centre of my professional life over the last two decades. It is also an institution that strongly promotes mentoring both formally – for example, through internships and mentoring programmes involving major global corporations - and informally; perhaps the best example of this being the way that inspirational CEO, Jamie Beaton, engages directly with students via the Slack platform, encouraging them to share their ideas and highlighting the opportunities that are available to them to help them grow and develop, and be the best that they can be. And finally, here was an opportunity to join and help shape an innovative educational organization that, in turn, is part of an exciting ed-tech, start-up operating at a truly global scale. All in all, an offer too good to pass up!

REIMAGINE LEARNING FOR THE FUTURE